Do you know that British citizens are required to get a Pakistan tourist visa to travel to that South Asian country?

What do we know about Pakistan, exactly? Well aside from the fact that it’s one of India’s neighboring countries and other stories that make it to the international news, we rarely hear anything about it.

Did you know that with its size, it’s actually one of the 6th most populous? Or did you know that up until 1956, Queen Elizabeth was the Queen of Pakistan? You probably didn’t, right? 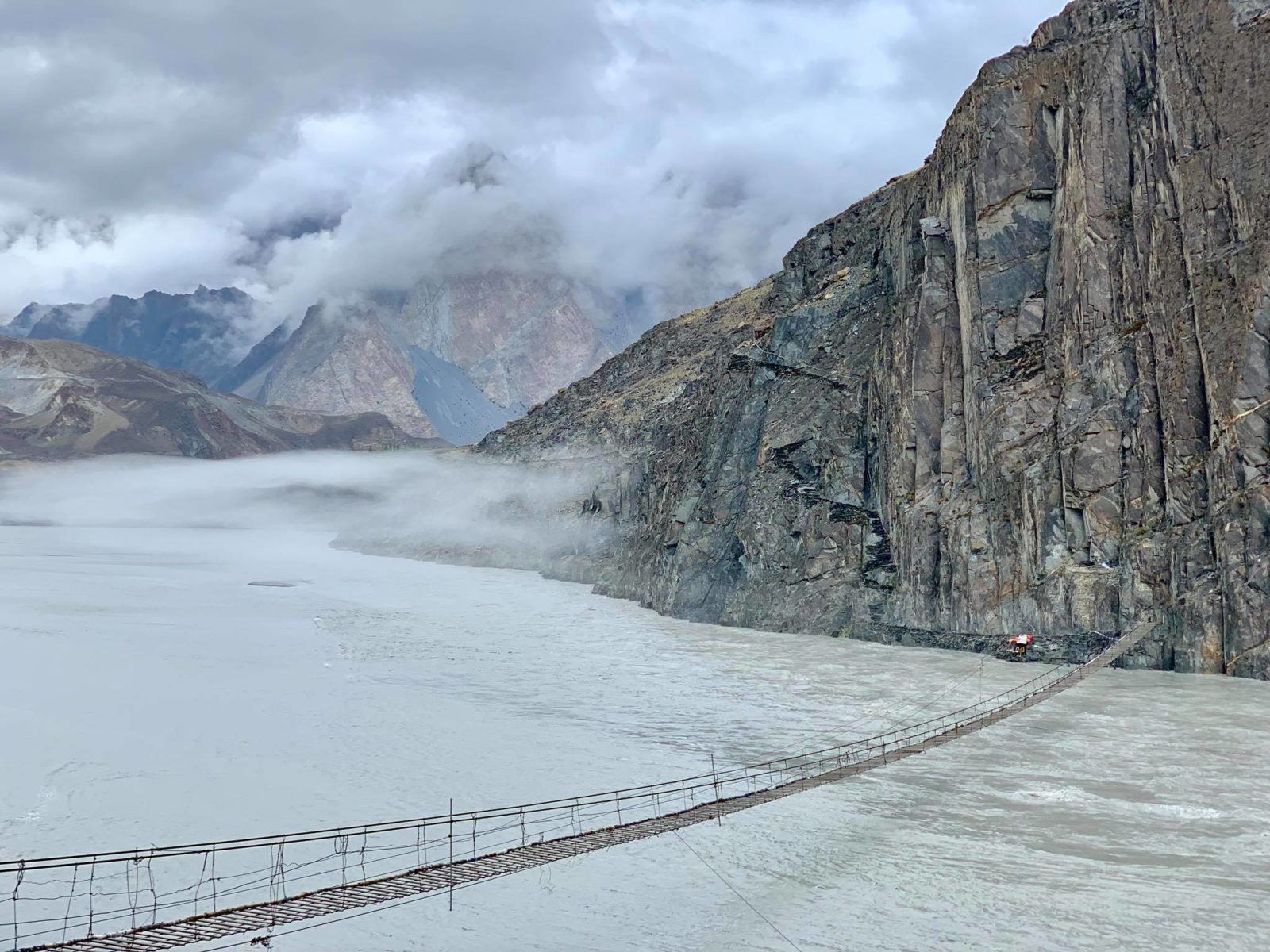 Pakistan, as mentioned earlier, is a country lying just beside India. Its other neighbouring countries are Iran, China, Afghanistan, and Nepal. This country is officially known as the Islamic Republic of Pakistan and is the only country in the world which was established based on religion.

Pakistan, like its neighbor India, was part of the British Empire in the East until it gained its independence in 1947 under the Indian Independence Act. After that, it still was under British rule until it finally became a separate Republic in 1956. It is still part of the Commonwealth of Nations, rejoining the body in 1989 after it left in 1972 in protest of Bangladesh’s independence.

Nowadays, this diverse nation is slowly getting the attention of tourists who are up for a variety of adventure. From the snowy mountains of the Karakoram to the world-famous Silk Road, there’s always something going on in Pakistan that would entertain and educate everyone who visits this historic country.

If you are one of them and you are currently holding a UK Passport, let me tell you how to apply for a Visa to Pakistan.

Emergency Numbers: 15 for police emergency, 115 for an ambulance, 16 for the Fire Brigade Center

Recently, Pakistan opened its e-visa application portal for a number of countries so you won’t have to worry about going to any offices anymore. Luckily, the UK is one of the first countries to test this out.

Here are the requirements: 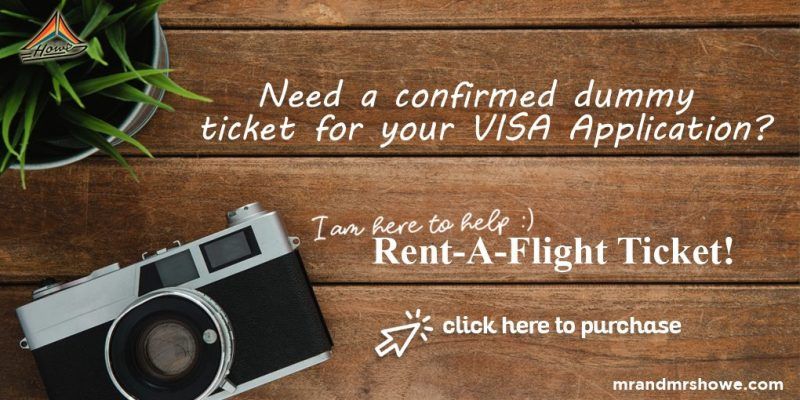 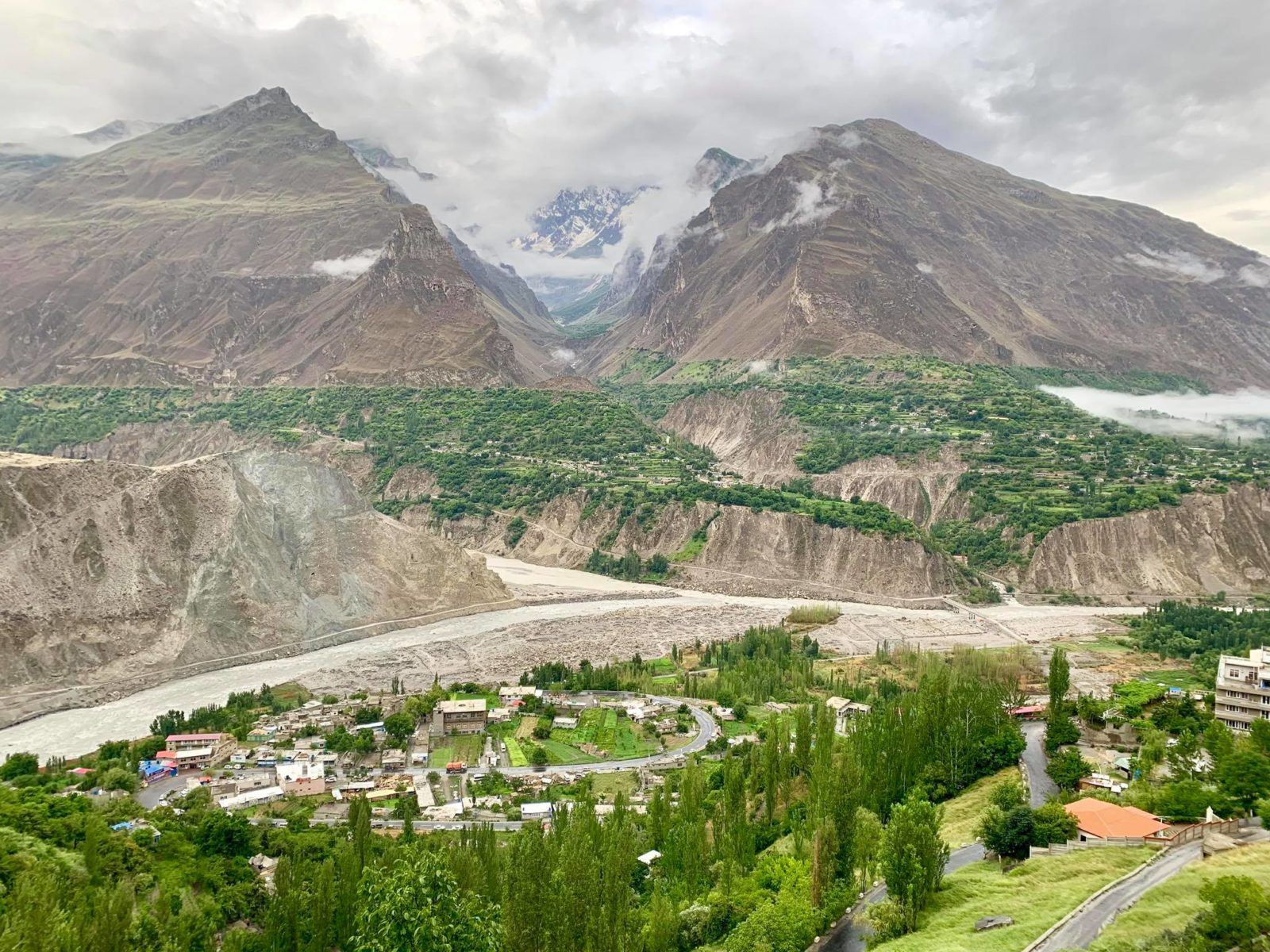 Frequently Asked Questions About Getting a Pakistan Tourist Visa

1. How much is the visa fee for Pakistan?

The cost for getting an e-visa depends on whether it’s your first time to apply or if it’s just for an extension as well as your country of origin. Fees range anywhere from £17-50.

2. How long is the processing time for a Pakistani Visa?

3. How long is my tourist visa valid for?

Your Pakistan tourist visa is valid for 3 months from the day you get the visa. It will enable you to stay within the country for 30 days on your first application.

If you want to get an extension, you may apply for one using your e-visa portal account which can last up to 6 months. 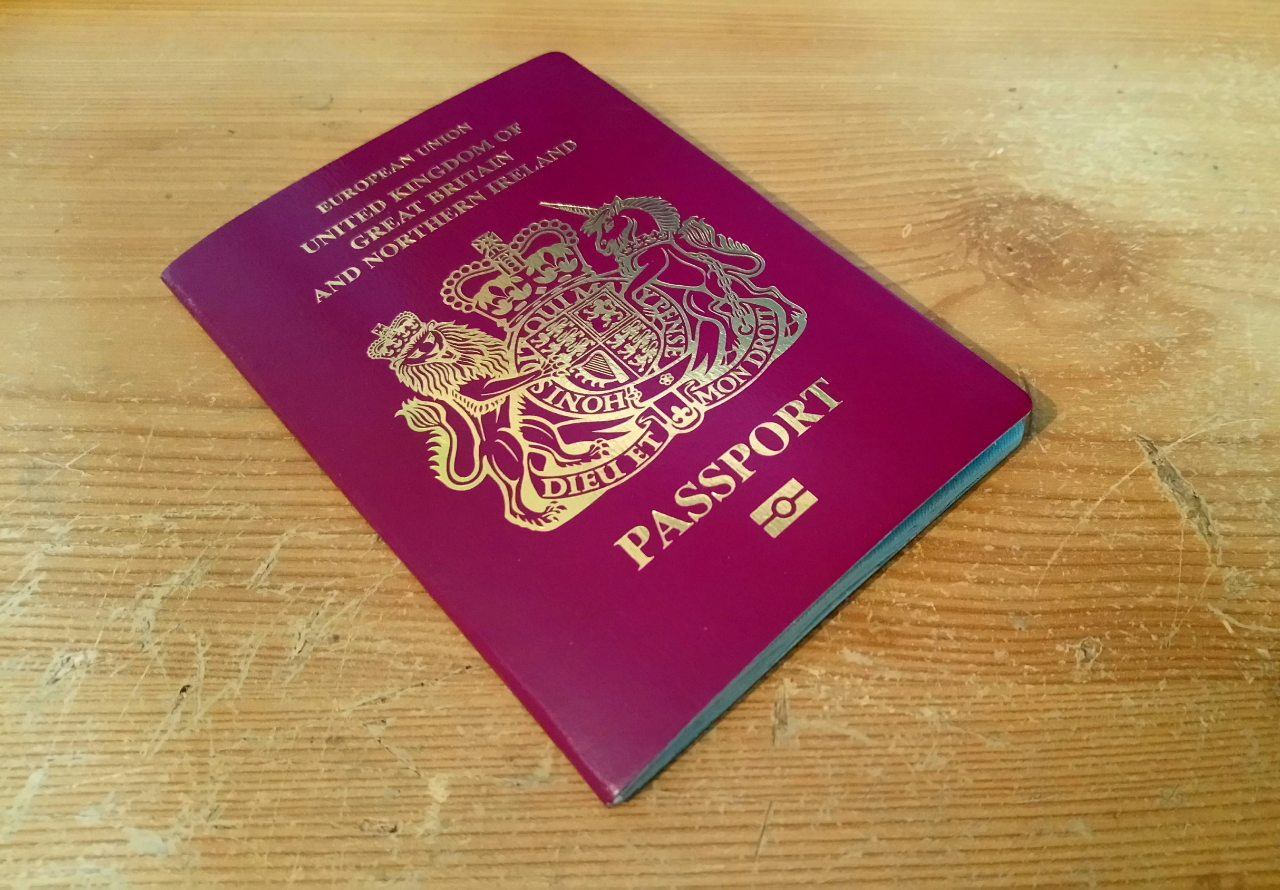 4. Is Pakistan safe for tourists?

Pakistan’s name might resonate to some as one of the countries that you should avoid visiting, but in reality, the vast majority of the country is pretty safe for travelers. This is especially true if you are part of an organized group tour since the companies have already gone through the places their offering tours.

However, for your safety, it’s still important to listen to the UK Government’s advice with regards to traveling to some areas within Pakistan. According to the Foreign and Commonwealth Office, here are the places you must avoid when in Pakistan:

You must also avoid traveling to the following places unless needed:

This is because there are still some terrorist activities within some parts of the country. But, as mentioned earlier, the tour operators within Pakistan have made sure that the places they will bring you to are all safe for tourists so you have nothing to worry about.

5. Do I still need to get insurance before I travel to Pakistan?

The UK Government suggests that you still get a comprehensive medical and travel insurance before traveling to Pakistan.

6. How do I get to Pakistan from the UK?

You may fly directly to Islamabad from London via British Airways and Pakistan International Airlines. Other major airlines also fly to and from the two cities with a few stopovers.

You may also enter Pakistan through the Wagah border if you are coming from India. Just make sure that you have all the required documents to make your entry smooth and hassle-free.

Other points of entry that you may consider are the Taftan Border (Iran) and Khunjerab Pass (China).

7. Are there any regulations in Pakistan when it comes to dressing up?

When traveling in Pakistan, most people advise that you wear comfortable clothing due to the climate. It’s pretty hot in Pakistan, especially in the summer, so you’d like to wear something that will keep you cool throughout the day. A pair of jeans and a loose-fitting shirt should be fine.

It’s also important to pay respects when visiting mosques so it’s good to have a scarf handy (at least for women) when you travel.

Other than that, most people in the larger cities wear Western-style clothing so you don’t have to worry about that!

8. When is the best time to visit Pakistan?

That depends on where you wish to travel. In general, the best time to visit is from May-October as the weather’s pretty dry and warm.

If you’re planning on visiting during the cooler season, which is perfect if you want to go to the Northwestern parts of Pakistan, you can go from October to February.

9. What currency should I bring? Can I bring my credit card?

US Dollars are the most widely accepted foreign currency in this country but you may bring British Pounds and Euro with you as well to be exchanged in banks in the bigger cities.

You may also use major credit cards like AMEX, MasterCard, and Visa when paying at hotels, and any other major establishments.

If your part of an organized tour, they will most likely provide you with transportation as part of their package. However, if you’re not, you may travel by renting a car and a driver (it’s a bit dangerous to drive on your own around here), getting on a bus or hailing a taxi. Just remember that when riding a cab, you have to make sure that you’re on a meter or have already agreed to a certain price.

11. Why should I visit Pakistan?

The real question is, why are you not visiting Pakistan yet? This country has so much to offer everyone that it’s honestly a waste not to see it at least once in your life! 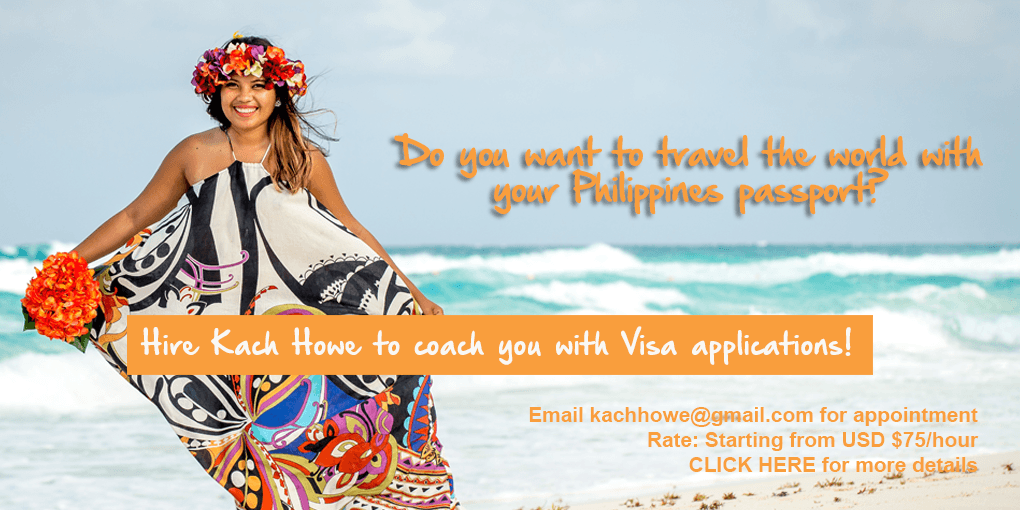 First of all, Pakistan is full of historical sites that will leave the history buff in you in awe. Places like the Lahore Fort, the Baltit Fort, the Rohtas Fort will give you a glimpse into the old life of the people in Pakistan. These attractions which have been built over centuries ago once played an important role in the country’s history.

You may also get on an Indus Valley (where one of the world’s oldest civilizations was once located) tour. See Karachi and visit their National Museum for yourself where the ruins of this great civilization are exhibited. You may also take a trip to Mohenjo-Daro, one of the most important cities of the Indus Civilization and a UNESCO World Heritage site.

If you are up for some adrenaline-pumping adventures, you can go climbing in the Karakorum mountains or the westernmost peak of the Himalayas called Nanga Parbat.

Looking for some desert adventure? Pakistan has that, too! Drive off to the Cholistan Desert and experience going around on the back of a camel-like the one you see in movies.

Of course, no trip to this country will be complete without the mouthwatering cuisine! This country is rich in spices that make their food stand out from the rest. Try curries, grilled meat, biryanis, fruits… you name it! You surely won’t go hungry when you’re in Pakistan. 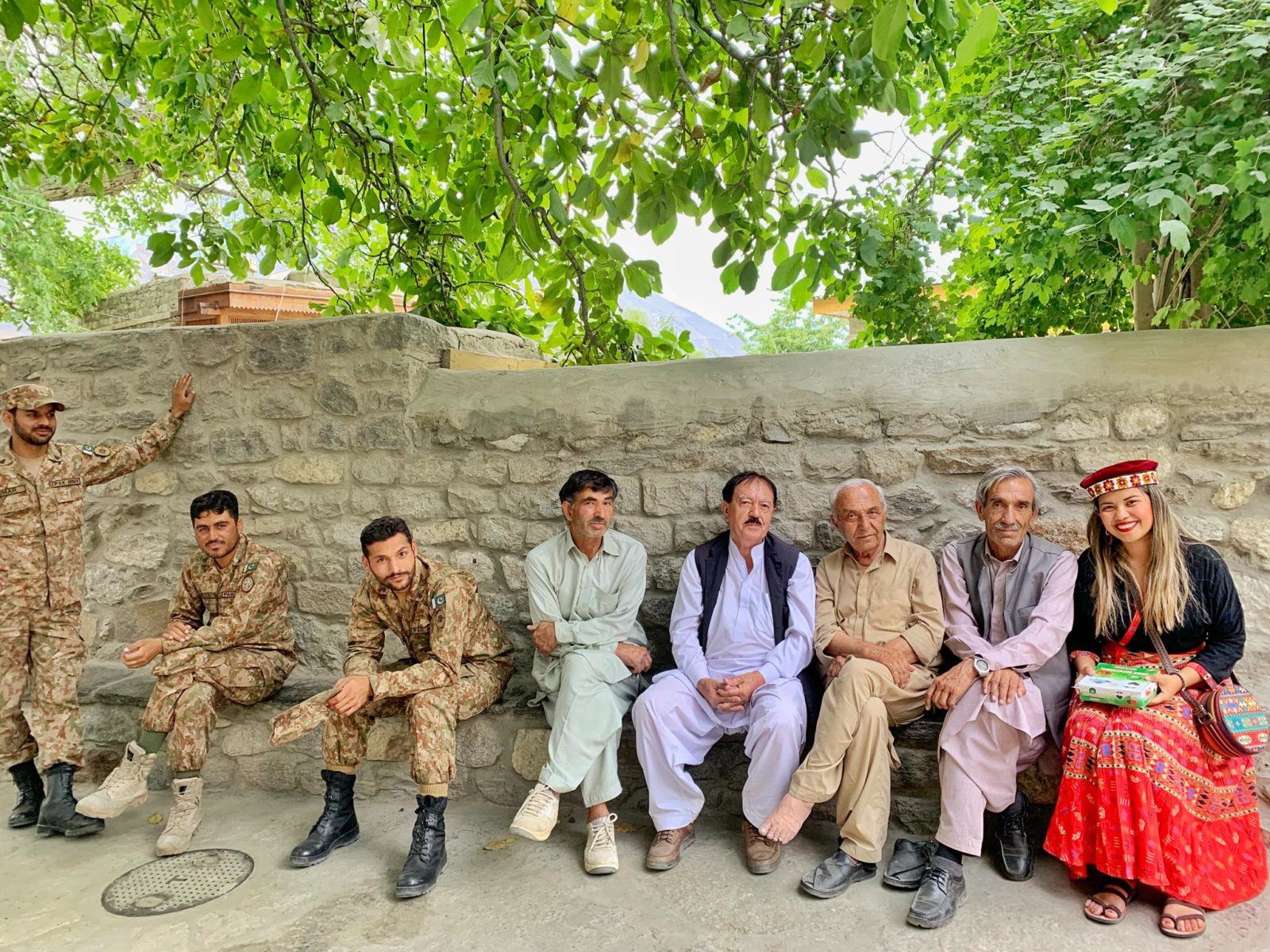 Lastly, people. Pakistanis are some of the most hospitable and accommodating people you will ever meet as a traveler. Often times, when you go around town, you’ll be rewarded with a warm smile.

Pakistan may not always be painted as an ideal tourist spot, especially by the media. However, if you just take a look beneath all the stories you see and hear, you’ll find out that this bustling country may just be your next favorite vacation spot!

Valid ID in the Philippines

11 Off-the-Beaten-Path Things To Do in Cozumel, Mexico